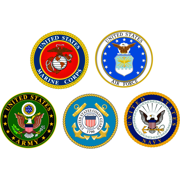 I was reminded of Mom, who continued to stand for older people on the bus or in the doctor’s office; she was over seventy years old herself, and we would remind her that she no longer had to give up her seat; in fact, she’d earned it and could safely enjoy staying seated.  She didn’t really acquiesce until her ankles began to weaken and she became unsteady.

Such was the déjà vu moment that spoke to me as I watched the group of older men come forward, each in turn, as their names were called.  This was a moment for decorum…

I watched as the once young soldiers resumed their youthful, military stance; one could almost imagine each reporting for duty as they were called in alphabetical order.   Despite their fragile gaits, each had once again straightened up just enough to return to uniformed days when they had been warmly greeted by their loved ones.

This was a simple but touching ceremony.  Those who walked without a cane or walker stepped forward and stood at attention while the caring woman pinned the red carnation on their lapels and thanked them for their service.  Slightly exuberant but still possessing the shyness of their youth’s generation, each ambled to a nearby seat so as to allow the next Vet his very own moment of recognition.

A couple of them were strong enough to raise themselves up from the wheel chair seats that brought them to their place in line outside the room’s entrance, where they managed to stand ever so briefly but long enough to receive their carnations eye to eye.  They fell carefully back into their wheeled seats and worked their way back to the end of the line so that the next Vet could move forward.

I tried to imagine the individual yesterdays these men had known; some of us who watched the brief proceedings during our lunch were younger by at least thirty to forty years… from my brief encounter with WWII and Korean War history, I could only surmise the reels of memories still rolling inside each of these old soldiers.  I had had older cousins who had served at the same time as these gentlemen. But as in most families, ages tended to stay within ages, and reunions were more difficult to get to these days; I had to admit: I knew very little of my own cousins’ stories.

My membership in a service club had brought me to this senior living residence dining room this week, wherein tradition extolled these precious individuals at least one day each year.  Some of these men had once celebrated Armistice Day; and like my older cousins, they were at least a generation younger than my mother would have been, had she been sitting here at lunch with me.

Like Mom, they understood the simple courtesy of giving up a desired seat so that another older member could take in the brief but respectful place accorded him by the rest of his senior living comrades in arms…