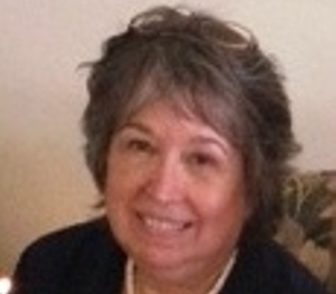 Like many kids in the fifties and sixties, the kids on Rubberneck Avenue enjoyed the Halloween season with school parades, PTA festivals, and bake sales; all culminating with the actual Trick or Treating around our initial neighborhood.

Since a majority of us were raised in the Catholic Church, our families had no problems celebrating Halloween.  None of us were exposed to the actual, historic beginnings that were less than church-like.  Some of us had been Brownies and knew that the Girl Scouts of America’s founder, Juliette Gordon Low, was born on October 31st.  For many of us, that was enough validation to stamp Halloween as an “approved” holiday for participation.

Of course, Daddy always told the story that as a boy in West Oakland, he was invited to a Halloween Party in which the invitation said to bring five cents for admission.  Money was dear to many immigrant families; a nickel could buy something of value in the early nineteen hundreds. I can’t imagine too many parents obliging this request but apparently my grandparents did.  So, Daddy and his buddy decided that in order to get their money’s worth, they would each have to take a bite out of all the apples floating in the water bucket that was readied for the traditional Bobbing for Apples game.  He never mentioned being invited back.

Daddy’s newer tradition was taking inventory of our candy bags when we returned each Halloween evening.  This was for the sole purpose of making sure that he got a piece of the good candy, not “the crap that your mother buys” (to hand out).  I grew to understand that I’d lose at least two to three Snickers or Musketeers on average from each year’s haul.  Not a problem.

No one worried about the safety of unwrapped or homemade goodies.  Neighbors knew neighbors; merchants often lived in the same area as their small shops.  Since our homes were only a few houses above the major boulevard, we kids knew just how far and in how many directions or streets we needed to cover to rake in all the special treats that awaited us.  One of the first stops was to pick up our caramel apples with nuts, made ONLY for the Rubberneck Avenue Block Kids. Once we ventured across the street to 3668, we’d show off our costumes, pose for photos with the entire group, and then return our apples to our respective homes before continuing on.  Thankfully, Daddy didn’t realize that we’d left them unguarded.

Around the corner and up a few houses directly opposite our elementary playground were the homemade popcorn balls ready for pick up.  This house was where one of the five and dime ladies lived; she always made sure to have popcorn balls set aside for us children she knew from frequenting the store.

No Halloween was complete until Mom had trudged down to the boulevard earlier that week and purchased fancy cupcakes with black cat and jack-o-lantern plastic décor on top!  Mom didn’t bake, so she always purchased cupcakes for the school bake sale and saved two for us baby girls at home.  (I guess Daddy wasn’t aware of this; we never had to give up our cupcakes.)  The ladies at the bakery across the boulevard were wonderfully kind.  If we accompanied Mom into the bakery and behaved (not that we had a choice), one of the grandmotherly clerks would pull a butter cookie that had drizzled pink and brown icing on it.  They were a wonderful treat and we thankfully nodded, smiled and stayed as polite as we could, gobbling them up quickly before anyone had a chance to utter Not before Dinner!

We were allowed to trick or treat in specific areas and on only certain streets.  As we got older, the parents would let us go as a group.  Some years, we’d split up, depending on how late a parent was in getting home that evening or, if indeed, someone was in trouble and allowed out with his parent only.

One year we took turns ringing doorbells.  Some of us knew that one mother in particular was especially good at losing count and allowing her child to ring most of the bells.  We learned not to repeat that exercise the following year.  As the kids began to move away and less of the original gang lived on Rubberneck, only my baby sister and I were left to carry on.  But the caramel apples appeared each year on schedule.

I was lucky enough to watch our neighbor put the caramel apples together one year; I used to visit her often just to chat; she liked girls and was appreciative of the company in the kitchen as her boys were normally not interested.  She was another particularly neat cook – not a drop or mess anywhere when she prepared meals or desserts for her family.  The counter space was limited, so she deftly used each inch and fifteen minutes later, one would never know that any ingredients had even been removed from the refrigerator or the adjoining overhead cupboards!  Except for the individual green salads with radish slices that graced the four place settings at her kitchen table most evenings, one would have thought no one was even home or that they didn’t cook!  The kitchen was always pristine.

Each year, Laurel School held its Halloween parade after lunch in the early afternoon.  This was our time to shine, walking up and down the side streets and in front of the five and ten, the soda shop, the theater, then back up toward the school.  The route was always the same, so the ladies at the five and ten and our neighbors knew exactly when to expect to see us passing by.

Each class walked together, the younger ones holding onto a rope to stay in line.  It was rare to see a store bought costume, except for the simple masks or princess hats or tiaras.  The costumes were normally homemade; either sewn from a Simplicity pattern or pulled and assembled into the final character from the “dress up” drawers each year.

Dress Up was a popular pastime and fairly cheap; especially if a Big Sis used to sew or had been a bridesmaid several times. There were usually some really good skirts and formals to choose from.  Mom was very creative when it came to costumes.  Unfortunately, her creativity didn’t kick in until the last minute each year…we never knew what we were going “to be” until we “became” a teacher, a ghost, a princess, whatever Mom convinced us we looked like; and believe me, Mom could convince you!

I’d have given my eye teeth to have had the Red Riding Hood costume that a friend’s mother had made for her in the third grade!  She had a red hooded cape with a basket of goodies, including the obligatory napkin covering the contents; just like all the story books!  My friend was a sweet girl to begin with. I could almost believe that she had indeed been Red Riding Hood at one time!

By sixth grade, when our cousins had outgrown some really neat stuff, I was lucky enough to wear a Spanish Senorita black lace dress.  That was particularly special.  With my dark, long hair allowed to hang loose instead of braided that day, I felt very pretty, very Spanish, and very special.  A mantilla over my tresses and this was enough to satisfy this little girl’s fantasy at eleven years old.

I was now in sixth grade, so this would be my swan song. Mom was adamant.  Once I entered junior high, I would be too old to trick or treat.  My role would transition into staying at home, being more “adult” and handing out candy to the little critters from thereafter.